Hanover Park installed new street signs last week that police hope will use a bit of humor to catch motorists' attention and remind them to stop at intersections where it's required.

But the Illinois Department of Transportation says the new signs don't comply with federal requirements.

The 24-by-30-inch rectangular signs at the three-way intersection of Walnut Avenue and Longmeadow Lane are red with white writing that reads, "This is a stop sign." An arrow points up to the actual stop sign. 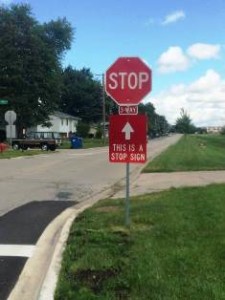 "Our goal was to try something different and raise the awareness level of motorists," Deputy Police Chief Mike Menough said.

However, an IDOT spokesman said the village's attempt to remind drivers to stop is a violation of the federal Manual on Uniform Traffic Control Devices (MUTCD) and could lead to funding reductions from the Federal Highway Administration.

"The MUTCD is the national standard for traffic control devices that applies to all public roads," IDOT spokesman Guy Tridgell wrote in an email. "The key objective being uniformity and consistency so drivers receive the same message regardless of where they are driving, further ensuring safe and efficient travel."

It isn't the first time a suburb has run afoul of IDOT with comical signs intended to remind drivers to stop. In 2008, Oak Lawn launched a similar campaign, with slogans like "and smell the roses" posted beneath traditional stop signs.

IDOT found the signs to be in violation of the MUTCD and warned the village it risked losing funding, leading then Mayor Dave Heilmann to order their removal.

Hanover Park has just one set of the signs and plans on leaving them up at the Walnut and Longmeadow intersection for a few weeks.

Then, Menough said, the police department will take the signs down and assign patrols to monitor whether more drivers stop, or if they continue to roll through the intersection.

"This is the same thing we do with speed signs," Menough said.

"A lot of people don't pay attention to how fast they're going until they look up and see their speed on the radar."

The idea for the signs came from the village's public works director and the signs were made in-house with existing material the public works department had, Menough says.

The police department posted about the new signs on its Facebook page when they were installed Thursday. The post has generated over 100 comments and more than 360 likes.

Menough says getting motorists to stop at this intersection has been a challenge since he started working with the department 20 years ago.

"A lot of these are motorists who use Irving Park (Road) and Barrington Road, and they want to cut through the neighborhood," Menough said. 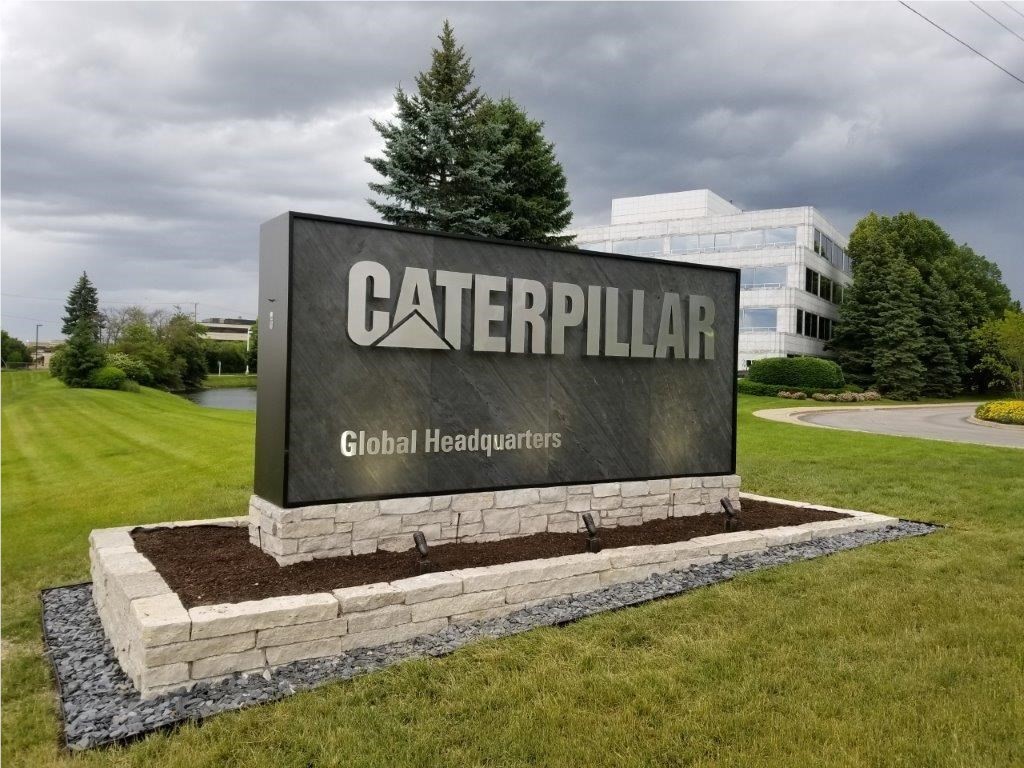