After sitting empty for years, the historic former Chicago Defender building in Motor Row has a new owner and a new tenant.

Ventures led by Chicago developer Alexander Pearsall paid $6 million for the newspaper's former headquarters at 2400 S. Michigan Ave., an adjacent land parcel and small commercial buildings to the west and south of the Defender building, a city landmark, according to county records. The Pearsall ventures bought the properties from two investor groups led by Chicago restaurant operator Matthew O'Malley, the records show. 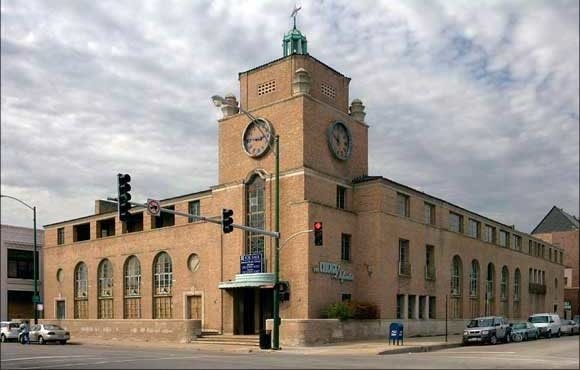 The sale and lease are good news for Motor Row, which city planners want to transform into a thriving nightlife and dining district fueled by spending from conventioneers at nearby McCormick Place.

Revel Group's Ms. Whitfield acknowledged Motor Row is still transforming, but she believes the market already exists for a new events space in the area.

“There is a very big desire for groups coming into town for shows to stay as close as they can to McCormick Place,” she said. Ms. Whitfield envisions CEOs, for example, in town for a week for a convention staying in the ex-Defender building and using rooms in the property to hold off-site meetings.

The former Defender building, a block west of McCormick Place, will be brought back to its original glory, Ms. Whitfield added, with a careful focus on restoring the property's woodworking, stained glass and architectural details.

Revel plans to create a range of meeting spaces in the three-story building, including small rooms for breakout sessions, larger conference areas and even four or five “sleeping rooms” on the third level.

The firm will showcase an outdoor courtyard area in the middle of the U-shaped former Defender building. Leasing the building at 2412 S. Michigan gives Revel additional space options, added Ms. Whitfield, who co-runs Revel with Clint Paton, an executive at the firm.

Founded in 2007, Revel creates events for clients like the University of Chicago, the Lincoln Park Zoo and private companies.

Designed by architect Philip Maher, the art deco former Defender building was built as the Illinois Automobile Club in the late 1930s, according to a city report about historic properties in Motor Row.

In the late 1950s, John Sengstacke, the nephew of Defender founder Robert Abbott, moved the African-American-focused newspaper to 2400 S. Michigan Ave., where the firm stayed until 2005, when the paper moved downtown.