The firm of F.W. Rueckhelm & Bros. was established in Chicago in 1872 for the purpose of manufacturing popcorn specialties. By early 1900's production had been expanded to include a complete line of items ranging from Cracker Jack and marshmallows to bar goods, penny goods, bulk candies, packaged chocolates and other products.

In 1918, in order to secure popcorn to meet processing demands, a popcorn plant in Odebolt owned by August Petersmeyer was purchased. The plant then consisted of an elevator and six small cribs.

In 1922 the corporate name was changed to The Cracker Jack Company. The general office of the firm is at 4800 West 66th Street, Chicago, Ill. Around 1920 there was a trend to increase specialization in the confectionery field and the candy items were discontinued and efforts concentrated on Cracker Jack and marshmallows. 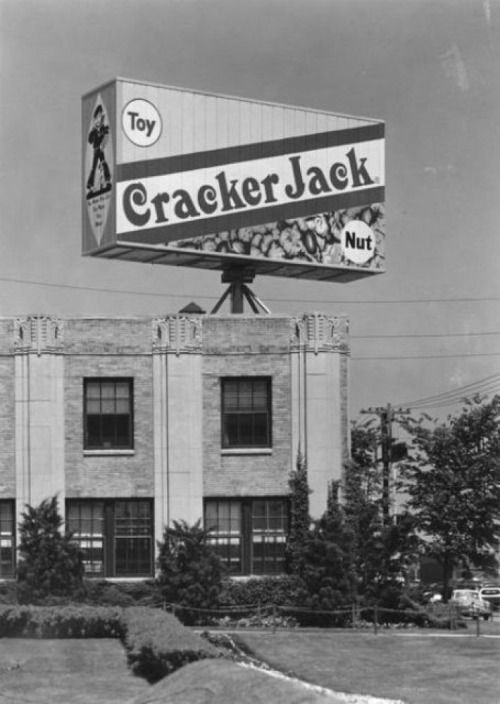 It is interesting to recall how the name "Cracker Jack" as applied to the popcorn confectionery and later to the firm name originated. In February 1896, F. W. Rueckheim was shown the first batch of molasses-coated popcorn, which his brother Louis had prepared. While sampling and tasting the confection, one of the company's salesmen enthusiastically exclaimed, "That's a cracker jack!" Mr. Rueckheim looked at him and said, "Why not call it by that name?" "I see no objection", replied the salesman. "That settles it, then", concluded Mr. Rueckheim.

Accordingly, the name Cracker Jack and the slogan, "The More You Eat, The More You Want", were copyrighted in 1896 and have been used continuously ever since.

Cracker Jack was first sold with a prize inside in 1912.  The little sailor boy and his dog, Bingo, appeared on Cracker Jack boxes from 1919 to the present time.

The Cracker Jack Co. was sold to Borden Inc., November 1963, and is now known as Cracker Jack - Div. Borden Foods, Borden Inc.  The company celebrated its centennial year in 1972.

Cracker Jack today is the largest user of popcorn in the world.  Their poppers are capable of popping 50,000 lbs. of popcorn a day producing 1,900,000 boxes of Cracker Jack a day.

The company has two processing plants in Illinois, and one in Indiana; however over 80% of the popcorn used in producing Cracker Jack flows through the Odebolt plant.

1908 – In the third line of the song “Take Me Out to the Ball Game”, the Cracker Jack brand is immortalized with "Buy me some peanuts and CRACKER JACK¨." More than 100 versions of the song have been recorded.

1912 - "A Prize in Every Box" is introduced when toys are inserted into every package.